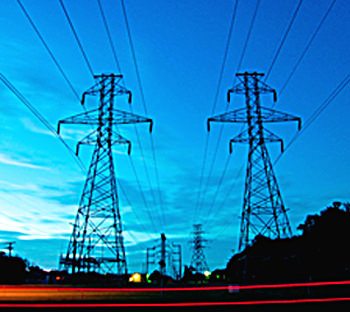 Solar energy has become mainstream enough to now include maintenance issues in the discussion. Many early solar units were promoted as being “maintenance free,” but they do require routine inspections to ensure they are producing their maximum output. We spoke to several solar experts who had great tips for extending the life of your solar units.

Photovoltaic Solar Panels
We spoke with Michael Jimenez, technical service manager for REC Solar  based in California, with locations on the west coast and in New Jersey.  Jimenez explained that there are different types of PV solar systems classified by their connection to the local utility grid. An off-grid system is one that is not tied into the local utility and supplies power only to the owner’s property using storage batteries. A grid-tied system is linked to the utility and feeds excess power into the system. The homeowner is charged for the net amount of energy provided by the utility. A hybrid system is connected to the grid and uses a battery backup for excess energy to power the home.

For maintenance, Jimenez recommends checking the inverters (units which change the DC to AC voltage for household use) once a month to confirm that they are functioning. A simple visual check to see if the LED status lights are lit and are a solid green will ensure continuous operation. If the LED shows red, there is some fault in the system that is causing a problem. Many systems now come with remote monitoring systems that are linked to the homeowner’s computer to show any service requirements.

The second item to check on the inverter is the air intake, which sucks in ambient air that cooling fans circulate. These intakes have filters, which should be checked at least twice a year. If they become clogged, the inverter may lose efficiency as it will automatically cut power to keep from overheating.

Jimenez says that the third area to check is the panels themselves. Take a look up to check for any broken panels — which is rare as they are rated to withstand quite a bit of impact. If your home is on a golf course a stray golf ball may crack a panel in rare cases. Lightening strikes can also damage panels, but most likely if your area is known for lightening strikes (Colorado and Arizona are two states where strikes occur more frequently) chances are that local code enforcement already requires some sort of lightening suppression.

Make sure the panels are clean; built-up dirt or particulate matter can act just like a cloudy day to restrict the electricity production. Use a garden hose to rinse off the panels and if they really need cleaning use a biodegradable, non-filming soap to clean them. If a regular soap is used, a soap film may end up attracting more dirt and particulates.

Wildlife can also be a hazard to solar PV panels. Jimenez notes, “Animals are attracted to the AC current in the arrays. Some of the wiring used is made with soy in place of plastic and squirrels will eat it.” Attaching screens around the panels to keep critters away makes sense but use snap-on clips to attach them. Drilling into the panels to secure screens can damage your panels and void the manufacturers’ warranty.

The final item to monitor is the monthly invoice from the utility company. On it will be noted

your total usage and any net charges to be paid. Even if your bill is reconciled at the end of the year you’ll want to keep an eye out for any unexplained jumps in net usage. It could indicate a malfunction in your system. You’ll also avoid a big surprise at the end of your billing cycle if your units are not producing electricity.

Finally, keep good records. Should you have a catastrophic burnout, having the original wiring diagrams will simplify repair and replacement.

Solar Evacuated Tube Systems
Evacuated tube and solar panels that are used to heat water have a different set of maintenance tasks. Our expert on evacuated tube systems was David Whitten, owner of Resilient Homes, based in Cape Elizabeth, Me. His approach is to include an annual maintenance visit in his estimates so that his customers will understand that it is an inexpensive yet necessary inspection. His inspections take about an hour and check the tube array, test the glycol pH (it should be neutral or 7.2), and measure the pressure of the pumps and tanks on a sunny day, when the system is running. Homeowners can do their own checking more frequently by just taking a moment on sunny days to listen to the pumps. The tubes themselves rarely need any cleaning, he said. “The borosilicate glass (of which the tubes are made) cleans with rainfall,” he said. “ It’s amazing how clean they stay with no attention.

Solar water flat panels
Jack Bingham, owner of Seacoast Energy Alternatives in Dover N.H., and our third expert, agrees that the expansion tanks and pumps should be checked at least once a year. He also recommends checking the insulation around the exterior panel piping on the roof to ensure that it is intact. Bingham said pump pressure should be about 15 lbs when cold and approximately 40-50 pounds when running on a sunny day. 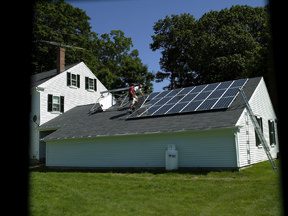