We really count on our talented network of Katahdin dealers to guide customers through the planning and building of a new Katahdin or Arborwall home. When one of our best Maine-based builder/dealers made a decision to relocate to be closer to family and warmer weather, we did everything we could to assist their transition. Aaron and Meredith Dunn of Big Twig Homes will be picking up and moving to their new home base in Western North Carolina later this summer. And keep reading, because we’ve also got two new dealers in areas where we’ve had a lot of interest!

About five years ago, Aaron and Meredith started talking about relocating to an area where they could work consistently year-round in warmer weather. “We became ‘empty nesters,’ and most of our family was located in North Carolina or Florida,” Aaron said. “We ended up drawing a line on a map through areas that would be not too hot or too cold, with terrain similar to Maine.” They considered local economies, population trends and other factors. Then they ran into friends who had settled in Hendersonville N.C. and the area just clicked.

The Dunns had always invested their time and energy into developing their business and following through with customers, according to Katahdin President, David Gordon. “We hadn’t had a dealer in Western North Carolina after a retirement, and we couldn’t ask for more dedicated Katahdin dealers than the Dunns.” He added that they realized early on that working at log home shows offered tremendous opportunities to make connections. “When Katahdin started exhibiting at the International Builders Show, Aaron and Meredith signed up to help us run the Katahdin booth and returned again each year,” he added.

Aaron and Meredith are pleased to be able to continue building their Big Twig Homes LLC log home business in the Carolinas. The next year will be a time of transition as they have several projects to complete in New England before being able to complete the move south. 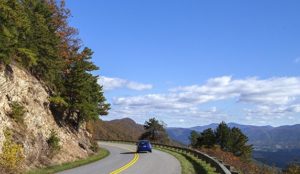 New Dealer in Western Virginia
In the past month, Katahdin has signed Joe Faraci of New Line Construction Group based in Wytheville, Va., near the Blue Ridge Parkway area. Joe’s company brings a true full-service construction operation to Katahdin and Arborwall home construction. Since 2004, New Line Construction Group has developed a solid reputation for quality and professionalism to the western Virginia mountains. “We have the resources and equipment to handle all aspects of construction from infrastructure to electrical and plumbing subcontractors,” All told Joe has 50-70 crew members working on various construction projects including commercial and residential. Joe is already working on a new Katahdin home to be situated at the top of a mountain. “We blazed a new road up the mountain and brought in main power transmission lines to get that home site prepared for groundbreaking,” he added. 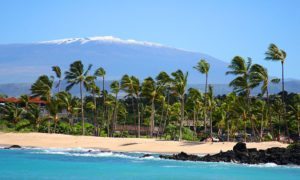 Aloha Katahdin! New Hawaii Dealer Joins the Team
One of the most skilled log home builders in New Hampshire, Tim Betts, owner of Betts Construction, recently approached us about hanging his Katahdin shingle out on the Big Island of Hawaii. Bett’s daughter Jess and son-on-law Daniel Norris, will complete Betts’ Hawaii team. Daniel and his island-based brother, David, are experienced log home crew who will be tapped for Katahdin and Arborwall projects in Hawaii as they arise. Betts was inspired to take the leap and make the most of his Katahdin experience when he visited the Waimea area, home to the largest privately owned cattle ranch in the U.S. He envisions traditionally styled log homes and more contemporary Arborwall homes both working well on the islands. Transition plans are in motion for the Hawaii dealer, and Betts and the Norrises will be taking a tour of the Oakfield mill in late summer.