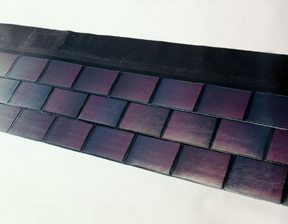 When most people talk about solar energy they’re speaking about using the sun’s energy to heat water and transfer that energy into a home’s heating or hot water systems.  The other species of solar involves photovoltaic cells, which convert the sun’s energy into electricity.  To date, the incentives have not been there for most homeowners to overcome the initial cost of installation.  However, there are movements afoot to implement some form of “Feed-In Tariff” program in the United States, as part of the new green energy push.

Improvements in photovoltaic technology
One of the hurdles for implementing photovoltaics into more widespread non-industrial applications has been the level of efficiency produced by the technology available. Sanyo has announced new technology that provides a 23% energy transfer in some experimental cells. But with the growth of green building many new products are available to incorporate a photovoltaic system into an energy-efficient home.

Calculating the cost/benefit ratio
A solar energy professional can provide an analysis of your particular situation based upon the local climate, retail electricity costs, distance from electrical sources, surface area with solar exposure and incentives from local, state or federal programs. For more information about adding photovoltaic cells to your home one good place to start is the US Department of Energy’ Solar Technologies page [http://www1.eere.energy.gov/solar/photovoltaics.html] According to the site, in general, “a residential energy system typically costs about $8-10 per Watt. Where government incentive programs exist, together with lower prices secured through volume purchases, installed costs as low as $3-4 watt—or some 10-12 cents per kilowatt-hour can be achieved.” Another source for government and utility incentives is the Database of State Incentives for Renewables & Efficiency (DSIRE).

How Do Feed-In Tariffs Work?
One type of incentive program to encourage homeowners to implement solar electrical systems is the “feed-in tariff.” 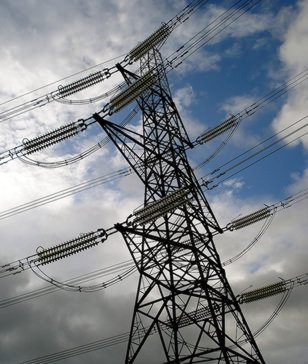 Many European countries, Australia and Japan have introduced these programs with varying success. The feed-in tariff pays the customer who installs a photovoltaic system an amount per kilowatt hour. In some instances, the consumer is paid for the net kilowatts produced and not used, but in other systems the consumer is paid for the total energy produced. The U.S. was actually one of the first countries to implement a type of tariff program when the 1978 Public Utilities Regulatory Policy Act was signed into law by President Jimmy Carter in response to the oil crisis in the late 1970s. This allowed consumers to sell their excess electricity produced from alternative sources back to the local utility at the rate it would cost the utility to produce the energy. Many of these contracts with states and local utilities were never fully enacted or are set to expire shortly.

In the U.S., 11 states–including Maine–are actively considering or have enacted feed-in tariffs in some form using the German model, which pays a premium for energy produced from alternative sources.

Many Types of Photovoltaics Available
Most of us are familiar with the solar panels both for water and for electricity generation. But new technology and the ability to manufacture thin photovoltaic cells that can withstand a variety of conditions have made new options available.  One company, Uni-Solar (United Solar Systems Corporation) manufactures photovoltaic roof shingles and panels which replicate the look of architectural shingles or metal roofs. The company also offers highly durable panels of varying sizes and voltages for more traditional installations. 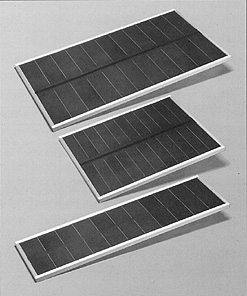 Other Considerations
If you plan to include photovoltaic solar to you home, you’ll need to consult with local and state code inspectors to ensure that they are installed by a professional electrician to meet codes.  You’ll probably want to coordinate with your local power company to implement any fee-in tariffs available and to ensure the proper linkages to the public system are made. To convert your solar power to alternating current (AC) you’ll need to include a power inverter to enable you to use common appliances with your solar input.