For 20 years, the solar power industry has been focused on developing highly efficient and less expensive technology to encourage integration into our power infrastructure. But what if a company decided to follow the lead of innovators such as Apple and Tesla to approach solar power from a design perspective? What if solar power were beautiful?

Two Massachusetts Institute of Technology graduate students decided to do just that. Out of their initiative, a new solar company has emerged called Sistine Solar, which places the emphasis on creative design and the look of the product, while ensuring that the functionality is equally viable. 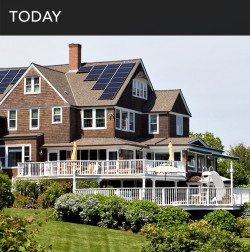 We spoke with Ido Salama, Sistine Solar founder, about their SolarSkin technology. “We thought there could be a better way to think about solar technology from the perspective of the homeowner,” he explained. “What does the user really want? Technology that is as beautiful as it is functional.” With this goal in mind, Sistine Solar has assembled a talented team of designers and engineers to create a new SolarSkin color blending technology for their solar panels. The company’s website notes that homeowners “should not have to sacrifice style for sustainability.”

How does it work?

At the heart of Sistine’s innovation lies a patent-pending approach to integrating high-fidelity graphics into solar panels while optimizing energy generation. The result is highly efficient solar panels of virtually any color, shade or pattern. For residential applications this translates into visually matching the pattern and color of the roof shingles or tiles so that the solar panels blend seamlessly with the overall appearance of the home.

“We are shooting for the top range of efficiency in most solar technology currently available,” Salama said. “That target range is 17 to 20 percent efficiency.”  It is comparable with and in many cases better than most mainstream solar arrays, which fall within the 15 to 18 percent efficiency. Presently the company is running the product through testing and certification protocols required for solar panel technology. 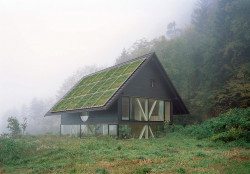 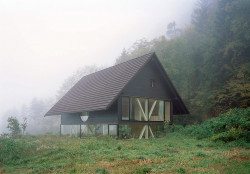 One of the objections—particularly with log home owners—is that sleek, black solar panels fight with the traditional, rustic aesthetic of the log home that is so important to log home owners. In other cases, homeowners would love to add solar to their energy portfolio, but don’t want to have the panels visible on the front of a south-facing home. Sistine Solar’s SolarSkin panels allow homeowners to add a valuable alternative energy resource to their homes without altering the rustic look and feel of a log home. Each installation will be custom matched to the style and color variations of the roofing material on the home.

Sistine has assembled a top team to bring the new product from concept to market, including doctoral candidates from MITs Photovoltaic Research Laboratory and an Italian trained artist whose specialty is in mosaic design, among other specialists. Most recently, the team was awarded a $1 million SunShot award from the Department of Energy to commercialize SolarSkin. Some of their work has been showcased in the city of Boston, Microsoft’s Headquarters and a Starwood Element Hotel.

“We are manufacturing and selling our own product, starting initially with new home builds, in the summer of 2016,” Salama said. The company is compiling a list of customers interested in visual testing for the short term with the opportunity for full fledged systems once that pilot program is completed. The company plans to work with individual solar installation companies to install the panels when they are available in the coming year. Interested parties can contact the company here.