Early adopters of solar energy have been fortunate to be able to access the 30 percent federal tax credit for installed systems. This credit, along with other state and local incentives, has driven a growing solar power industry. But it may soon come to an abrupt end as the tax incentives are set to expire at the end of 2016. Time is growing short for homeowners who wish to take advantage of paying for twenty years of power in one fell- and discounted- swoop.

The cost of the panels themselves has also changed the picture. Once out of the range of many homeowners, panel prices and improved technology have made arrays much more affordable. Many solar panel installers are offering in-house financing at low rates that take advantage of the rebates and incentives available.

Net Metering and Distributed Energy Production
Quite a few states now require utilities to offer net metering in various forms. This program addresses the 24-hour need for electricity that solar panels produced only when the sun is out. The excess electricity produced during the day is sent back to the utility, which credits it to your account until it is needed. Essentially the utility acts as a giant battery for the domestic solar array. This decentralization of power production is a trend that soon may become a point of contention as utilities’ share of production decreases while maintaining distribution networks increases.  This and other policies requiring a percentage of state energy production be renewable may drive utilities toward developing their own solar farms, wind turbines and other means of production.

To find out if net metering is offered in your state, check out

the new Database of State Incentives for Renewable Energy (DSIRE) run by the North Carolina Clean Energy Technology Center. Their interactive database provides up-to-date information on all aspects of renewable energy, rebates, incentives and other information on the local, state and federal levels. 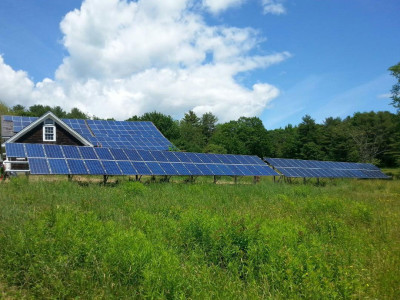 Community Solar
Some states also offer the opportunity to buy into a community solar farm. This is ideal for locations that may not support a southerly facing panel array, covenants restricting such panels, or a condominium where solar improvements are not allowed. Each participant – in Maine, up to ten individuals – purchases a share in the community solar array. The share would produce the equivalent of a year’s worth of electricity, or enough to just cover the current bill. The arrays may be located a distance from the owners residence, but must be located within the territory of the same energy provider.

A shareholders’ agreement is prepared, much like a condominium document, and annual fees are determined for the maintenance of the solar arrays and any real estate taxes. The shareholder then is able to bank their share of the solar electricity produced at the solar farm and use it to reduce their electricity bill on their residence. Two are currently in use now in Maine, and more are planned. The Maine-based solar company ReVision Energy that initially set up and installed the first such community solar array, used the roof of an unused chicken barn to hold the panels. 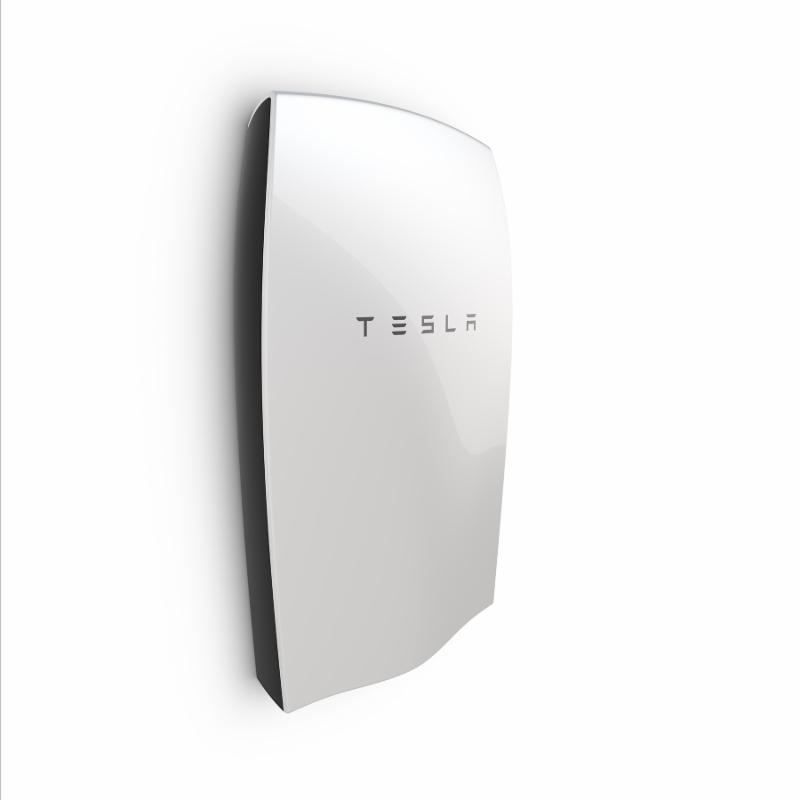 The electric automaker Tesla recently announced their Powerwall Tesla Home Battery, which stores the excess solar energy produced during the day for use at night or during power outages. Powerwall takes the place of bulkier lithium ion and conventional batteries for homes where grid tie solar is unavailable or impractical. The Powerwall unit is compact and mounted on a wall, measuring about 52 inches tall, 34 inches wide and about 7 inches thick. The unit is self controlling and contains lithium ion batteries, liquid thermal management system, battery management system and a smart DC-DC converter for controlling power flow, according to its website. A separate DC-to-AC inverter is required to link to house power.  The Powerwall is available in two sizes: 10 kWh for backup applications ($3,500) and 7 kWh for daily cycle applications ($3,000), where daily solar output from panels is stored for nighttime consumption. Orders are being taken for shipments beginning later this summer. 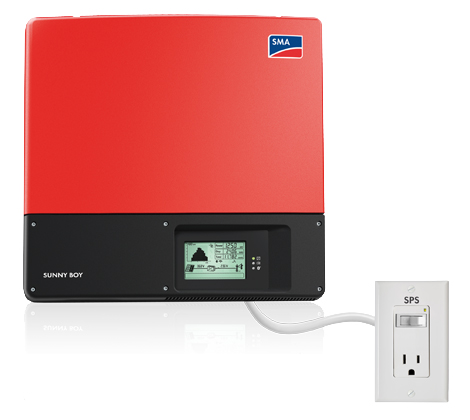 New Inverter Technology
One small downside to solar inverters is that they do need to draw some electricity from the grid to power up. When the utility grid is out, even in daylight hours, power is not harvested. Sunny Boy’s new TL-US Series Inverter has the capability to provide power during daylight hours to maintain solar production and for charging small devices and other useful items in a power outage. Its transformer-less design offers maximum power and programs to maximize tricky shady installations.