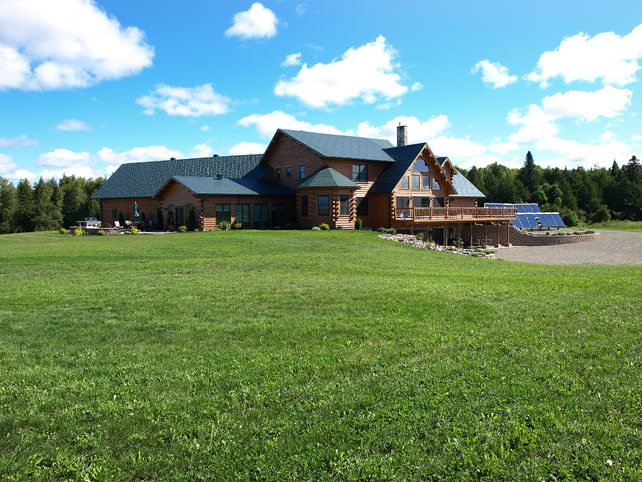 The survey provided some interesting and positive insights into the mood of our readers—similar to feedback we’re seeing at log home shows, events and ongoing conversations.

An overwhelming majority felt that the economy was better or the same year over year (83%) and that their own family was better off or about the same (81%). About one in four still do not plan to build in the near future, but financing availability, employment and the economy were all prominent factors influencing the decision to build. Few respondents felt the effects of the roaring stock market or historically low interest rates were factors in their decision to build.

The great room and the kitchen were areas that respondents thought they would spend the most time designing. Exterior appearance and alternative energy improvements were also high on the priority list.

Features under consideration in a new home included most frequent choice of high energy efficiency (83%). Wi-Fi systems and natural landscaping or xeriscaping were features that twenty years ago weren’t even in the conversation. More than half indicated that solar electricity arrays were in their plans, while others opted for geothermal (41%) and solar hot water (38%).

Respondents who planned to do all or a portion of the building themselves were few, with only 23 respondents indicating interest.  Most others planned to work with a dealer/ builder or general contractor to construct their log home.

And a pleasant surprise was the number of folks who selected log home newsletters like The View From up North as an important resource for learning about log homes, behind the top choice of log home magazines. Thank you for your interest!