Home|Blog|Uncategorized|Surveys: What You Need to Know

Many Katahdin customers find themselves seeking undeveloped land for their building site. Depending on the circumstances, it is important to know and understand the boundaries of your property for many reasons, including: to be able to comply with building and zoning codes and setbacks, understand what you own, and often to qualify for financing.

Since a survey is not something that most people contract for frequently, here are some basics that can help to explain exactly what a survey entails.

Survey Basics
First, a survey can encompass different details depending on where the property is located in the U.S. According to the US Geological Survey, early settled lands in the eastern third of the US use metes and bounds descriptions and a continuous description through deeds registered with the County Register of Deeds. This paper trail forms the legal basis for land ownership in the U.S. Often times these metes and bounds descriptions will include seemingly archaic details, like stone walls, fences, large trees, 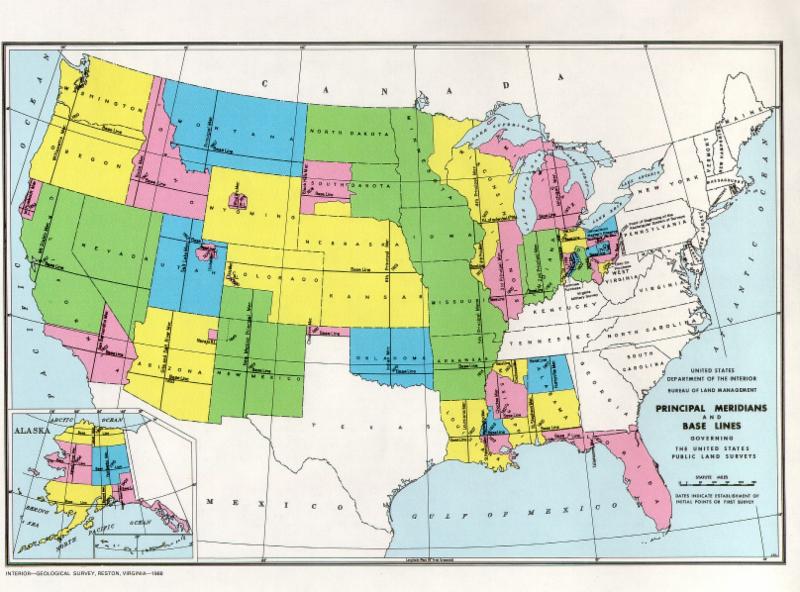 roads and bodies of water as “monuments,” or markers for reference of boundary lines.

In Western states, land is identified as part of the Public Land Survey System (PLSS). Land is divided into a grid system of townships, which are 6 miles on each side. Townships are divided into one-mile-square sections with 36 numbered sections contained in each township. The townships are identified using a system similar to map navigation, using meridians for the vertical and “ranges” for the horizontal. Each piece of land in the PLSS is identified by state, principal meridian, Township, Range and Section Number.

According to Headrick, his surveyors use only survey grade GPS units for measuring both horizontal (boundary lines) and vertical (elevations and topography).  These GPS units measure to within ¼ inch. According to Headrick the reasons for getting a survey include showing where your boundaries are and to show the topography of the land. Headrick no longer uses the traditional line-of-sight transits, because GPS is so accurate for the open land he works on.

Surveys in his state are not filed in the county courthouse, but are registered in archives in Oklahoma City. “The first step for a survey,” Headrick explained, “is to find all the easements, and identify the control points in section corners.” In conducting a survey, he will identify the outlines, measure the distances and note the compass angles as identified in the metes and bounds description in the deed.

“Fences and structures are usually the most problematic,” he explained. Fences tend to run along perceived boundaries, and can be improperly placed. Structures and potential building envelopes when located close to the perimeter will be identified, but for property owners who own 40 acres and plans to locate the house in the center, “a perimeter survey is usually acceptable,” he explained. 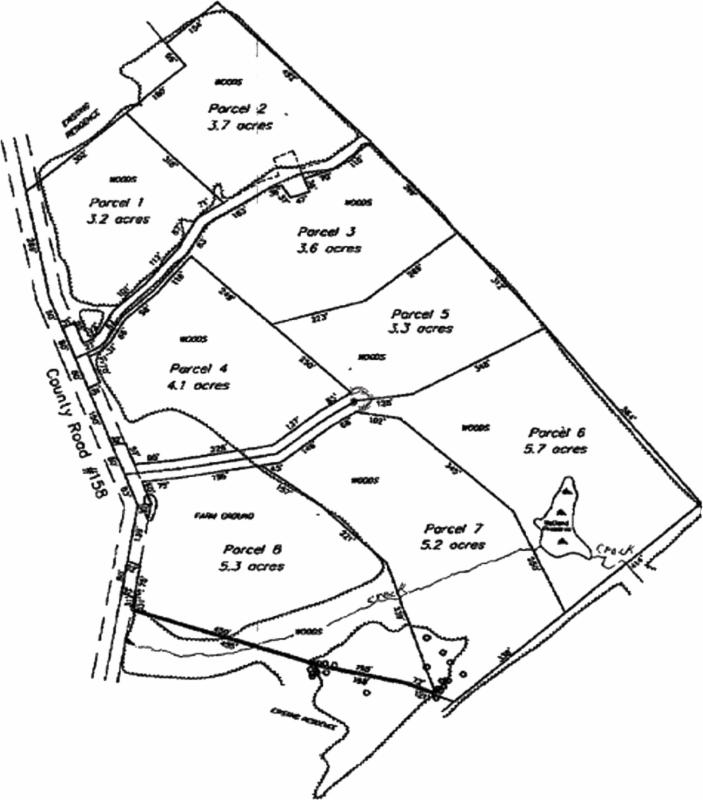 John Schwanda surveys land in Maine and has a different set of variables to accommodate. Land in New England and most other Eastern US states are not generally gridded out to the PLSS system. Rather, they follow the sometimes-irregular boundaries of counties, cities and towns. Many times the legal description will be originally recorded as metes and bounds, including monuments or markers that may or may not be as permanent as desired. As a result, modern surveys include pins to mark corners and boundary lines, along with compass directions, distance measured in feet and other traditional measurements. The pins used by survey companies will have an identifying cap that will include a registration number, and sometimes an identifier of the surveyor or company conducting the survey.

Seasons and tree cover can affect the way a survey is conducted in the East, Schwanda said.  When deciduous trees are bare in the winter, the signals from satellites can be accessed for GPS orientations, and lines of sight for traditional transit work are clearer. “If we could do all our surveying in the fall after leaf drop and spring before the trees leaf out, it would be very easy,” he explained. GPS also requires the use of latitudes and longitudes and most older descriptions lack that information.

Costs of Surveying
Surveys involve many different aspects, some of which occur in the field (sighting and measuring), deed and map research, and when needed, drawing a plat map using CAD software to provide visual record of a land’s boundaries. If the map includes elevations that may be required for new property development, topography can help the homeowner to utilize land more efficiently and understand the orientation and location of important features on the land.

As a result, the cost of surveying has a direct relationship to the extent of the survey that is actually being done. If a survey is to include a simple identification of the boundaries of an established subdivision, the cost will generally be substantially less than surveying an undeveloped piece of land that requires topographical mapping in addition to identifying the boundaries.

Elevations may be required if a private road is being constructed, or if there are lots of changes in elevation that require proper drainage. Elevations require a more thorough survey of the parcel’s interior topography. If the land is forested, this can consume many more hours than a more simple boundary survey.

Neighbors and Abutters
Surveying is most effective when more information is supplied at the outset. There can be advantages to having owners from both sides of a boundary line share deeds, plans and other information that can assist the surveyor in determining the legal boundaries of a parcel.  “On the other hand, unless there’s an active dispute, using the same surveyor as previously hired by your neighbor can save time and money, because the surveyor will be familiar with the property,” said Schwanda. 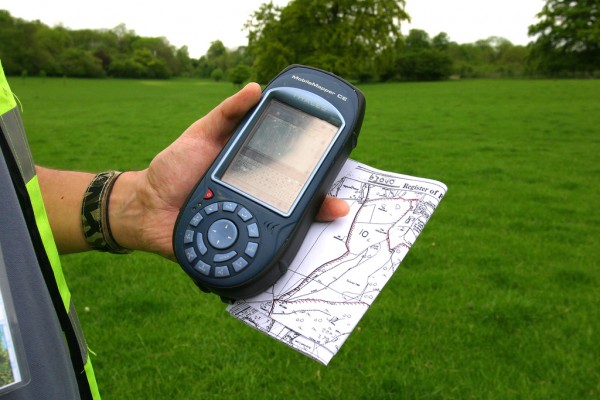 Many times when the property doesn’t have a recent survey, one is included as a condition of a Purchase and Sale agreement as part of the buyer’s due diligence. If this condition is added, you’ll want to make sure that enough time is allowed to provide the information desired-at least 30 days, Schwanda added.

Hiring a Surveyor
Finding a surveyor can happen in many ways:  a recommendation from a friend, a real estate broker, the surveyor who completed the subdivision map, or from a web search. While the work is generally the same, there can be an advantage to hiring a surveyor based locally, who will have some familiarity of the area and how the town or country deed information is stored. Most states require that surveyors be registered and licensed. Some states, like Maine and New Hampshire require end cap identification on the corner pins or markers.

If you plan on calling more than one surveyor, make sure you receive details of what is included in the price: office time, research, CAD drawing, site time, travel time. Will you be billed for a half-day or a full day of site work? Schwanda says that there may be differences in price that are not necessarily indicative of the quality of the survey. Large firms may benefit from economies of scale but also have to factor in higher overhead. Smaller, one-man surveyor shops may have a lower overhead, but may also only be available on evenings and weekends.

“One final note,” Schwanda said, “is that the cost of the survey is not connected to the cost of the land.” A very expensive property on the water may have simple boundaries that are easily identified, while a woodlot might need more extensive research or site time.