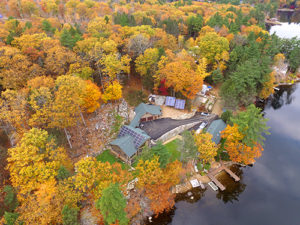 Solar panels create electricity in direct current, which needs to be converted with a solar inverter to alternating current for normal household and utility net metering functions. There are several different technologies for converting direct to alternation current, and which one you opt for many depend on a number of factors.

What are solar power conversion options?

There are three technologies available for converting DC to AC power for household solar arrays: 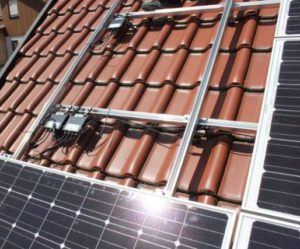 Solar Edge manufactures power optimizers which are less expensive than a system equipped with microinverters. Some of the benefits for power optimizers are enhanced efficiency and the ability to monitor production at the panel level instead of the array overall. Solar Edge offers a 25-year warranty, but the string inverter that these are paired with will likely need replacement halfway through as most only carry a 12-year warranty. Solar Edge also /makes string inverters to match with their optimizers and are notable as being the only MPLE compatible with a Tesla Powerwall storage battery. Solar Edge is headquartered in Israel.

Enphase makes microinverters which are also situated on the roof next to the solar panels. Instead of sending DC power to a centralized inverter, microinverters convert solar power to useful AC electricity for direct use. Generally, a solar panel system will be slightly more efficient with microinverters that with power optimizers. However, microinverters are more complicated technology and often have higher upfront and maintenance costs. Enphase is based in California and also produces a battery storage product. 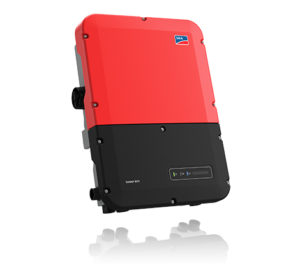 SMA America manufactures both string inverters and power optimizers for homes. A subsidiary of a Germany SMA Solar Technology they were founded in 1981 and are widely considered to be a high-quality inverter product. Their Sunny Boy string inverters also are available with uninterrupted battery backup and inverter function.

Tigo Energy is a US Based MPLE maker that produces power optimizers. Their product is generally partnered with solar panel makers to produce complete “smart modules” essentially panels with power optimizers attached.  Because they are easier to install than separate panels connected to microinverters or power optimizers, they can reduce your overall installation labor costs.

Your solar panel installer is likely the perfect resource for determining the best configuration for your Katahdin Cedar Log Homes’ solar array. If you’re considering solar, it’s a smart idea to check out our complementary Solar Ready Program, which can assist in specifying the right solar and HVAC for your unique Katahdin design.